After more than 13 years of litigation, the United States District Court for the District of Columbia approved the Supplemental Environmental Impact Statement (EIS) for the State of North Dakota’s Northwest Area Water Supply (NAWS) Project. The court found that the Supplemental EIS was adequate and lifted an injunction that had been in place since 2005. Gov’t of Manitoba v. Zinke, 2017 WL 3437658 (D.D.C Aug. 10, 2017). The 37-page opinion decides important and reoccurring issues under the National Environmental Policy Act (NEPA) regarding predetermination, standing, and other questions raised by this major federal environmental law. Principal Nessa Horewitch Coppinger and Associate Ryan Carra (Washington, DC) served as Special Assistant Attorneys General for the State of North Dakota, with support from Associates Maryam Hatcher (Washington, DC) and Kaitlyn Shannon (San Francisco).

The court granted summary judgment to North Dakota and the federal defendants on all of the Province of Manitoba’s claims. Consistent with North Dakota’s arguments, the court noted that “[a]s long as the federal agency has adequately identified its options, seriously studied and evaluated the consequences of each, identified and adopted reasonably measures to mitigate adverse consequences, and selected its action after balancing all of the above, NEPA will not prevent the agency from going ahead. Much less, after a thorough environmental impact statement, is the Judiciary assigned the duty of balancing and choosing between serious but opposing policy choices.” The Court also held that an agency’s preference for a particular outcome at the beginning of a NEPA process does not mean the outcome is predetermined so long as the agency fully considers the environmental consequences and ways to avoid those consequences. Further, the Court rejected Manitoba’s claim that previous construction of project elements under the Court’s supervision pursuant to a tailored injunction formed the basis of a predetermination claim. Plaintiff State of Missouri was dismissed for lack of standing and its summary judgment motion denied as moot.

The NAWS project is a critical infrastructure project to provide safe drinking water to more than 80,000 people in northwest North Dakota who have suffered from inadequate water supplies for decades. NAWS is a more than $200 million project that will transfer high-quality Missouri River water from the Missouri River Basin into the Hudson Bay Basin where the NAWS communities are located. As planned in the Supplemental EIS, NAWS water will be treated at a biota treatment plant in the Missouri River Basin before it is transferred in a closed, buried, and monitored pipeline to another drinking water treatment plant in Minot (Hudson Bay Basin) for finishing and distribution. Earlier this year the DC Circuit ruled in favor in North Dakota to allow design work to proceed on the biota treatment plant while summary judgment was pending.

View news coverage of this case from Law360 (subscription required). 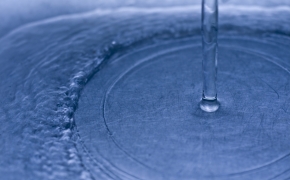