On September 18, 2019, President Trump announced on Twitter that his administration was “revoking California’s Federal Waiver on emissions in order to produce far less expensive cars for the consumer, while at the same time making the cars substantially SAFER.”

California has announced plans to continue enforcing its GHG and ZEV regulations. While it is not yet know whether the Section 177 states will do the same, the One National Program Rule almost guarantees protracted litigation and years of regulatory uncertainty.

EPA and NHTSA intend to finalize the remainder of the proposed SAFE Rule “in the near future.” This will include final action on proposed rollbacks of Corporate Average Fuel Economy (CAFE) standards and federal tailpipe GHG emissions standards for passenger cars and light trucks for model years (MY) 2021 through 2026.

In addition, NHTSA dismisses comments arguing that its interpretation conflicts with the Supreme Court’s decision in Massachusetts v. EPA, where EPA argued that it could not regulate tailpipe GHG emissions because doing so conflicts with NHTSA’s role under EPCA. The Court rejected this argument, finding EPA’s CAA obligation to protect public health and welfare is “wholly independent” of, and does not pose an obstacle to, NHTSA’s mandate under EPCA to promote energy efficiency. Massachusetts v. EPA, 549 U.S. 497, 532 (2007). In the One National Program Rule, NHTSA disagrees with attempts to “stretch the holding” of Massachusetts and states that the Court “addressed only EPA’s own statutory obligations, which have no bearing on EPCA preemption.” NHTSA also dismisses as erroneously decided two district court decisions finding that EPCA does not preempt state tailpipe GHG standards.

Rescission of the California Waiver

In the One National Program Rule, EPA determines that it has the authority to withdraw a waiver under CAA Section 209(b) in appropriate circumstances – even though it has never sought to do so previously – and announces its withdrawal of the January 2013 waiver for California’s GHG and ZEV standards.

CAA Section 209(b) provides that EPA “shall” grant California a waiver unless: “(A) [California’s] determination [that its standards in the aggregate will be at least as protective] is arbitrary and capricious, (B) [California] does not need such State standards to meet compelling and extraordinary conditions, or (C) such State standards and accompanying enforcement procedures are not consistent with section [202(a)].” (emphasis added). Courts have generally interpreted this provision to place the burden on EPA to prove that California fails to meet one of these conditions.

EPA finds that California does not need its GHG and ZEV standards to meet compelling and extraordinary conditions because:

Notwithstanding the waiver rescission, California Air Resources Board (CARB) officials say they will continue to enforce the state’s GHG and ZEV standards while they challenge the One National Program Rule. During a September 19, 2019 board meeting, CARB’s chief counsel affirmed the agency’s position that “our standards are still in effect,” and went on to warn that CARB “can enforce against all of the car companies in future years.”

The One National Program Rule comes shortly after CARB also negotiated an agreement-in-principle with four major automakers to provide an alternative approach to reducing GHG emissions and improving fleet fuel economy. Under the agreement, Ford, Honda, BMW of North America, and Volkswagen Group of America have committed to reducing their vehicles’ average emissions by 3.7% year over year through MY 2026, ultimately reaching an adjusted equivalent of roughly 51 mpg. By comparison, the SAFE Rule proposal would freeze the standard at 36.9 mpg for MYs 2020 through 2026. The future of the agreement-in-principle – and whether additional automakers will join – remains uncertain (the Department of Justice has initiated an investigation into whether the agreement violates antitrust law).

Automakers who elect to disregard the California GHG and ZEV standards risk CARB enforcement action and costly disruption of vehicle development and production should there be a change in administration or should litigation ultimately invalidate the rule. Moreover, the timeline for EPA’s finalization of the rest of the SAFE Rule – including the rollback of CAFE and federal tailpipe emission standards – remains unclear. This rollback will also inevitably spark years of litigation and leave automakers looking down a long road of regulatory uncertainty. 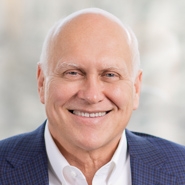