Methane Emissions in the Spotlight at COP27

During the COP27 meeting of the UN Climate Change Convention, President Biden unveiled significant proposed enhancements to the Administration’s existing methane regulation program, including a far-reaching and novel methane reduction program targeting so-called “Super-Emitters” in the oil and gas industry. The proposed regulations, crafted as a supplemental proposal to EPA’s November 2021 methane regulatory overhaul, aim to reduce methane emissions an additional 12 percent from the 2021 proposal to 87 percent below 2005 levels by 2030. The proposal is a major element of the Administration’s strategy to substantially reduce greenhouse gas emissions in accordance with the United States’ “Nationally Determined Contribution” to meet the goals of the Kyoto Protocol and subsequent actions.

Interested parties should consider commenting on the supplemental program, even if they have submitted comments on the earlier proposal. Key elements of the proposal include:

With its focus on a new class of “super” emitters and reliance on third-party monitoring technology and data, the proposal is likely to have far-reaching effects, even before it is adopted. The US is funding the United Nations’ new Methane Alert and Response System (MARS) initiative to create a satellite-based global detection system for methane emissions. MARS will use satellite data to identify, track, monitor, and report on methane hot spots and plumes from specific sources. Separately, NASA already identified methane “Super-Emitter” areas through its Earth Surface Mineral Dust Source Investigation mission, observing a 2-mile-long plume in the Permian Basin, America’s largest oil basin and one of the largest oil fields in the world. Mapping tools – like the NATA, EJSCREEN, and others – have increasing importance in EPA’s priority setting and community focus. Both “super-emitters” and “super-emitting” areas will likely become targets for enhanced enforcement by federal and state regulators and litigation by citizen groups and private plaintiffs – especially in environmental justice communities.

Summary of the Rule

The Proposal targets the oil and natural gas industry, including wellhead production, pipelines, and natural gas distribution systems, for both new and existing sources. For example, the Proposal establishes new or revised requirements related to:

The Proposal would create a system for detection, monitoring, and response to methane emissions events, making it more likely that EPA will target super-emitting areas for enhanced enforcement and creative rulemaking through consent decrees. Super-emitting areas may also face increased scrutiny if located in areas with overlapping environmental justice concerns.

Whereas EPA previously focused on optical gas imaging or EPA Method 21 to detect and monitor methane emissions, the new Proposal would seek to encourage new technologies to monitor fugitive emissions by streamlining the process for approving new monitoring technologies. Such flexibility could be timely. For example, the private sector is developing new technologies to work with industry to provide continuous atmospheric monitoring; a company announced this week that it plans to launch a stratospheric balloon in January 2023 with methane-detection sensors, with the goal of first gathering data from the Permian Basin, focusing first on areas relevant to ExxonMobil, and then Pioneer, Chevron, Occidental, and others.

EPA also carves out an important role for third-party monitoring through the Super-Emitter Response Program. Generally, super-emitting events are related to the improper operation of flares or other gathering or pipeline equipment. Upon notification, emitters have five days to determine the event’s cause. Should the event be due to a malfunction or abnormal operation, the owner/operator would have 10 days to take corrective action.

For certain States and Tribal Nations that develop plans to regulate methane pollution from existing facilities under the Clean Air Act 111(d), the Proposal provides greater detail for the meaningful public engagement required as the States develop plans, and certain criteria for justifying less stringent standards. States would be required to submit a plan within 18 months of the final rule, with compliance deadlines within three years after the plan submission deadline.

Companies owning or operating wells, pipelines, and other infrastructure that may emit methane should carefully scrutinize EPA’s proposal, which is more than 500 pages long. Those companies should consider filing comments in the upcoming notice-and-comment period and should also develop a strategy for monitoring and controlling their methane emissions. 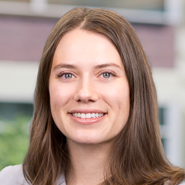