In response to reports of steep population declines resulting from an invasive fungal disease called white-nose syndrome, FWS listed the northern long-eared bat as a threatened species in 2015. Recognizing that the disease was the lone population-level threat to the species, however, FWS also issued a special “4(d) rule” that excluded most development activities from the ESA’s prohibition on taking listed species. FWS further softened the impact to the regulated community by issuing a programmatic biological opinion that streamlines Section 7 consultations for activities requiring a federal permit or authorization within the northern long-eared bat’s broad range. But environmental groups challenged FWS’s decision, resulting in a federal court ordering the Service to reevaluate the species’ status and issue a final decision by November 30, 2022. In the wake of that order, FWS is now proposing to list the northern long-eared bat as endangered largely because of continued white-nose syndrome impacts. If finalized, the listing decision would likely take effect by the end of the year.

Northern long-eared bats are hard to find and, because they can roost in trees more than 3 inches in diameter throughout much of the country, they are hard to avoid. Finalizing the endangered listing would wipe out the 4(d) rule and the flexibility it provides, increasing the risk that cutting the wrong tree could result in an ESA violation. Finalizing the endangered listing proposal would also eliminate the programmatic biological opinion and the streamlining benefits it provides for consultation. Project developers therefore should prepare for more Section 7 consultations and, in the absence of negative species surveys, for more of those consultations to be of the more time- and resource-intensive formal variety. With many FWS field offices already buckling under the strain of reviewing so many projects for bat and other impacts, including in implementing the 2021 Bipartisan Infrastructure Law, these additional listings will undoubtedly cause even longer backlogs, especially when the Service makes new listing decisions for two other bats with even broader ranges: the tricolored-bat (2022 proposal) and the little brown bat (2023 proposal).

How to Protect Your Plans and Investments

Although a northern long-eared bat endangered listing could bog down projects for years to come, there are important steps the regulated community can take in the short and medium terms to try to minimize the impacts. These actions include:

Given the potential to frustrate project development across the country and set precedent for future listing actions, as well as the litigation history for this species, this is not a listing decision to sit out. Beveridge & Diamond is continuing to monitor these developments so that we can alert you as soon as more information becomes available regarding the northern long-eared bat listing decision, other future bat listings, and FWS’s general conservation plans. 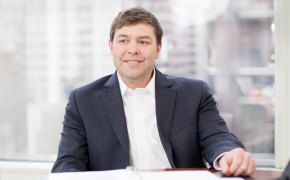