The Washington State Supreme Court agreed with the Department of Ecology in a dispute over whether Ecology should have followed notice and comment rulemaking procedures when adding two new controversial test methods for polychlorinated biphenyls (PCBs) to the state Water Quality Program Permit Writer’s Manual (Manual). Ecology relies heavily on the Manual to establish requirements in NPDES permits. The court concluded that because Ecology retained discretion in determining testing methods for permits, the updates to the Manual did not constitute improper rulemaking despite the significance and impact of these test methods on dischargers.

The court’s decision may embolden Washington agencies to seek to regulate businesses by issuing “guidance” documents, rather than following rulemaking processes, which offer public engagement and allow for meaningful opportunities for public comment. On the other hand, where facility-specific issues warrant deviations from the Manual, the decision could provide general support for seeking different permit terms in light of the permit writer’s discretion.

In 2018, Ecology updated the Manual to provide that controversial PCB testing Methods 8082A and 1668C “may be used for permitting purposes to evaluate sources [of PCB pollution], but not for numeric effluent limit compliance.” Currently, the only test method for measuring PCBs approved by the U.S. Environmental Protection Agency under 40 CFR Part 136 is Method 608.3. PCB testing Methods 8082A and 1668C are purported to be more sensitive than Method 608.3, but are not approved by EPA for purposes of evaluating numeric effluent limit compliance.

In its 2018 updated Manual, under the header “Selecting the appropriate analytical method,” Ecology prompted permit writers to use these unapproved test methods consistently for PCBs for a number of purposes, including: to evaluate whether a discharge has a reasonable potential to cause or contribute to a violation of a narrative or numeric water quality standard reasonable potential; to calculate numeric effluent limits; and to measure attainment of water quality standards.

Northwest Pulp & Paper Association, Association of Washington Business, and Washington Farm Bureau (collectively referred to as Northwest Pulp & Paper) subsequently petitioned for judicial review and declaratory judgment under the Washington Administrative Procedure Act (APA), arguing the Manual updates constituted an invalid rule because Ecology did not comply with the procedural requirements for rulemaking, Ecology exceeded its authority, and the updates were arbitrary and capricious. Specifically, Northwest Pulp & Paper argued the Manual revisions constituted a rule by directing and requiring permit writers to use PCB testing Methods 8082A and 1668C in NPDES permits to characterize effluent, assess technology requirements, perform reasonable potential analysis, and derive numeric effluent limitations. Ecology disputed Northwest Pulp & Paper’s characterization, arguing that the only time the Manual “uses mandatory language is to emphasize that only [Method 608.3] can be used for permit applications and permit compliance monitoring, consistent with federal regulation.” The dispute eventually made its way to the Washington Supreme Court in 2020.  The court issued its decision last week.

In the interim, Ecology continued to consistently rely on the 2018 Manual updates to require the use of the unapproved testing methods in individual NPDES permits throughout the state, including multiple individual permits issued last year for discharges to the Spokane River. Many of the permits requiring use of the unapproved PCB testing methods are currently on appeal to the Pollution Control Hearings Board.

A rule under the Washington APA has two elements:

The court found that the update to the Manual did not satisfy the “general applicability” requirement. Under the court’s reasoning, an “action is of general applicability if it applies uniformly to all members of a class.” However, in line with a standard articulated by the appeals court in this case, when guidance allows the agency to “exercise discretion,” requires a “case-by-case analysis of variables,” and “is not binding on the regulated community,” then it is not “a directive of general applicability.”

The court emphasized the discretion retained by permit writers when selecting PCB test methods, including the option not to apply any of the test methods in the Manual depending on circumstances. Without much analysis, the court also rejected the industry association argument that Ecology was not in fact exercising much discretion when issuing permits, finding that “there is nothing in the record to suggest that permit writers have not been allowed to explore alternative processes.”

The court also determined that the Manual itself did not establish binding requirements. The only “regulatory effect” occurred from individual permitting decisions for which Ecology retained discretion as to specific requirements. The underlying regulatory authority flowed from the applicable federal and state water quality laws.

The Washington Supreme Court has previously concluded that agencies have improperly issued rules in the form of guidance. With this decision, however, the court could invite more regulation by guidance without the procedural protections of a formal rulemaking process. The court did not seem interested in exploring, for example, whether Ecology actually exercised discretion in permitting decisions, only that the Manual appeared to allow such discretion. The court also relied heavily on boilerplate disclaimers stating predictably that the Manual was not intended to be a binding regulation.

Given the agency discretion emphasized by the court, businesses facing potential requirements for PCB monitoring using the unapproved testing methods in their permits should evaluate how they can build a strong record of the facility-specific reasons why those PCB monitoring methods in particular, and PCB monitoring in general, may be unwarranted.

More broadly, however, the court’s decision in Northwest Pulp & Paper Association v. Department of Ecology, --- P.3d ----, 2022 WL 17491774 (Wash. 2022), is likely to result in more agency regulation by guidance, which does not afford businesses and other regulated entities the same procedural opportunities and protections as formal rulemaking.

Attorneys in Beveridge & Diamond’s Water practice group develop creative, strategically tailored solutions to challenges that arise under the nation’s water laws. The law firm, including attorneys in the firm’s Seattle office, has represented clients in a range of industries in project planning as well as in litigation and enforcement proceedings on issues arising from the growing convergence of water supply, use, and quality issues. 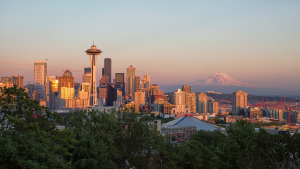 A legacy of addressing the most challenging environmental issues in the Pacific Northwest and throughout the nation.