Litigators in Beveridge & Diamond’s Washington, DC, office secured an important preemption ruling from the Circuit Court of Montgomery County, Maryland, on August 3. Complete Lawn Care, Inc., et. al., v. Montgomery County, 2017 WL 3332362 (Mont. Co., Md. Cir. Ct. August 3, 2017). The court invalidated a County ordinance banning pesticide use on private lawns as preempted by State law. This adds to a growing body of cases finding that localities in various states lack the authority to impose their own local pesticide requirements that effectively “veto” the comprehensive review and approval processes already in place for these products at the state and federal levels. The decision is of particular importance due to the size of Montgomery County, which drew significant attention with its ordinance.

Among other holdings, Judge Terrence McGann found that “[t]he State of Maryland has already established comprehensive pesticide use regulations . . . [that] regulate every facet of pesticide use in the State of Maryland.” Because “Maryland law dictates precisely where, when, and how each and every pesticide it has authorized may be used,” Judge McGann concluded that “no room is left for more regulation.” The court also held that the ordinance conflicts with State law and would “frustrat[e] the explicit State law goal of promoting uniformity in pesticide regulatory requirements.” In holding it unlawful, the court concluded that the ordinance “flouts decades of State primacy in ensuring safe and proper pesticide use, undermines the State’s system of comprehensive and uniform product approval and regulation, and prohibits products and conduct that have been affirmatively approved and licensed by the State.”

View coverage of the decision at the Washington Post, Bethesda Magazine, WTOP, and the Daily Record (subscription required). 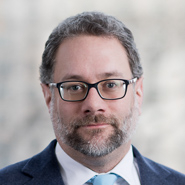