During a week full of COVID-19-related uncertainty, a pair of new lawsuits are a reminder of one constant: disputes over Klamath Basin water. This past week, PacifiCorp and Klamath Water Users Association each filed petitions for review of Total Maximum Daily Loads (TMDLs) for temperature in the Upper Klamath and Lost River subbasins. Both petitions argue that the TMDLs, issued by Oregon Department of Environmental Quality (DEQ), set unachievable standards and are unlawfully based on California standards, among other arguments.

After Governor Kate Brown’s recent state of emergency declaration to address the spread of COVID-19 in Oregon, DEQ issued a statement explaining the circumstances in which it will consider exercising its enforcement discretion for violations caused by the emergency conditions. DEQ sets forth its expectations that companies “do everything possible to maintain the safe and environmentally protective operation of facilities.”

While the high-profile and politically-charged failure of the Oregon legislature to pass cap-and-trade legislation has garnered much public attention, Oregon nonetheless adopted less high-profile but important energy legislation in its recently-concluded session. Chief among these is SB 98, which adopts new portfolio targets for the use of renewable natural gas by Oregon’s natural gas utilities and directs the Oregon Public Utility Commission (OPUC) to establish mechanisms by which those utilities can recover their investments in renewable natural gas projects. The bill was signed by Governor Kate Brown on July 31, 2019.

The new statute creates increasing targets for the use of renewable natural gas in Oregon, moving in steps from 5% in 2020-24 to 30% by 2045-50. While these are non-mandatory targets, and are fundamentally different from the binding renewable portfolio requirements Oregon and other states apply in the electricity sector, they should create strong incentives for investments in renewable natural gas projects by Oregon’s natural gas utilities.

On the heels of the Oregon Legislature’s failure to pass a greenhouse gas (GHG) cap-and-trade program, the Oregon Department of Environmental Quality (DEQ) has initiated a rulemaking process to update the state’s GHG emissions reporting requirements. DEQ initially promulgated GHG reporting rules in 2008. The rules were amended previously in 2010, 2015, and earlier this year in 2019. Oregon requires GHG reporting by a range of entities with GHG emissions exceeding 2,500 metric tons of carbon dioxide equivalent per year as well as by certain fuel, natural gas, propane, and electricity suppliers.

At the end of August, DEQ convened an advisory committee to explore the following proposals:

Committee meetings are scheduled for September 11 and October 19, 2019. When the committee process is complete, DEQ will release draft rules for public comment before adoption. B&D will continue to monitor and report on this rulemaking. – Authors: Dave Weber, Gus Winkes

Following on the heels of recent Washington legislation promoting electrification of the transportation system, Oregon Governor Kate Brown on July 15 signed SB 1044, legislation that strengthens Oregon’s legislative and regulatory mandates promoting adoption of electric vehicles (EVs). While Oregon already has a number of programs in place to promote EVs and other non-emitting vehicles, including strong incentives to encourage consumers to purchase electric vehicles and utility pilot programs to expand charging infrastructure, the new legislation ratchets up those programs in three ways.

The Oregon legislature considered a bill that would eliminate an automatic stay for irrigation shutdowns in the state during times of drought. Senior water rights holders, including tribes in Oregon, have long criticized the automatic stay. However, irrigators claim that such a bill would endanger their due process rights. Under the western doctrine of prior appropriation, in times of drought junior water rights holders can be forced to stop using their water in order to protect senior water rights. Oregon, however, has allowed irrigators to petition for review of any request to halt water use under an automatic stay mechanism. This provision has been used by irrigators to continue using water while the Oregon Water Resources Department considers the petition.

However, the bill failed to pass before this session’s legislative deadline. Lawmakers have said they intend to bring the bill back during the next legislative session. More information can be found here. – Author: Lucy Infeld

The Cleaner Air Oregon program and rules are controversial and significant in nature. The rules apply to new, reconstructed and existing facilities that emit toxic air contaminants. Facilities are required to calculate their emissions and the potential health risk the emissions pose to nearby people. If the risk is above Risk Action Levels set in the rules, the facility is required to reduce the risk. Implementation of the Cleaner Air Oregon program is phased in as facilities are “called in” to the program.

DEQ will consider any comments submitted in finalizing the risk assessment procedures, but will not publish the comments received. The public is invited to provide informal input through email or mail by April 15, 2019. A link to the draft can be found here. – Authors: Dave Weber, Olivia Parish

The Oregon Clean Fuels Program, which regulates the production and sale of transportation fuels based on GHG emissions, has been a source of controversy and litigation. On September 9, 2018, the Ninth Circuit affirmed the dismissal of a lawsuit challenging the Oregon Clean Fuels Program. Am. Fuel & Petrochemical Manufacturers v. O'Keeffe, 903 F.3d 903 (9th Cir. 2018). On January 9, 2019, the American Fuel & Petrochemical Manufacturers, American Trucking Associations, Inc., and Consumer Energy Alliance filed a petition for writ of certiorari seeking review of the Ninth Circuit’s opinion upholding the Oregon Clean Fuel Program. In particular, they sought review on the questions of whether the Program’s regulation of fuels based on a “life-cycle” analysis constituted impermissible extraterritorial regulation. – Author: Dave Weber

On November 15, 2018, the Oregon Environmental Quality Commission adopted amendments to the Oregon Clean Fuels Program, which regulates the production and sale of transportation fuels based on GHG emissions. These amendments included updates to the models used to determine the carbon intensities of fuels and the resulting changes to the lookup table values, clean fuel standards, energy economy ratios, and temporary fuel pathway codes. The amendments provided also new categories of fuel applications that can be used to generate credits, including forklifts and transport refrigeration units, and added new fuels that could generate credits such as alternative jet fuel and renewable propane. – Author: Dave Weber 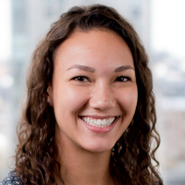 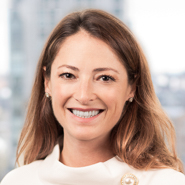 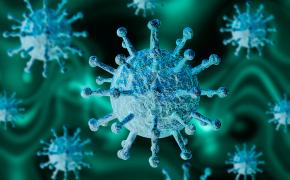